A lesson from Tori Amos in how to think about writing 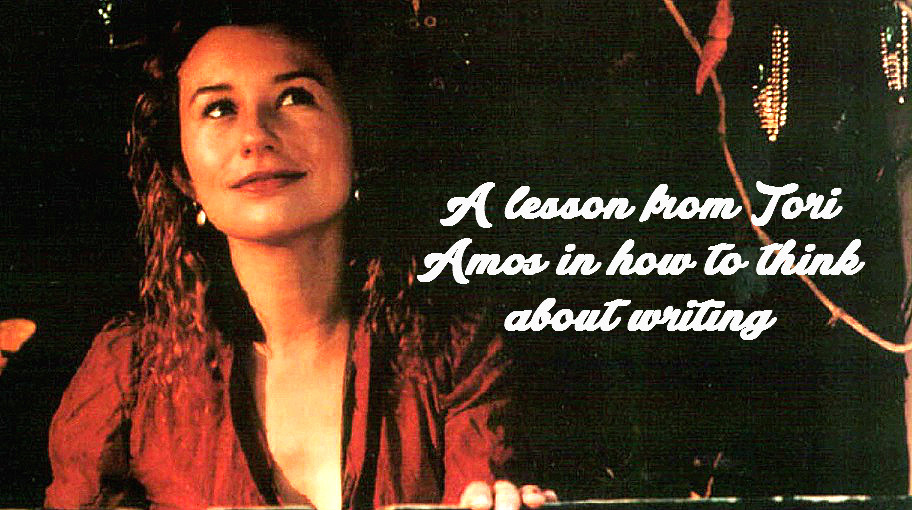 My husband plays the guitar and composes his own music. After a recent period of intense creativity in which he’d composed several pieces he was pleased with, there was a piece that just wasn’t going his way.

He had the body of a song and some ideas for an intro but nothing that felt right. He was also struggling to find a good way to end it. The song wasn’t doing what he wanted it to do.

It reminded me of something Tori Amos once said at one of her concerts:

– From ‘Cooling’ on To Venus and Back Live: Still Orbiting

It’s a similar thing with words. You and your text can be getting along fine but then all of a sudden there can be a difference of opinion. You want it to do one thing but it just doesn’t want to. This could be a superfluous description, an irrelevant idea, or a character that belongs in another story. You’ll know it’s wrong because it just won’t feel right, or it will lead you up a dead end.

This is your text trying to tell you something, and as Tori Amos explained, often in no uncertain terms.

Tori makes no secret of the fact that she calls her songs her ‘girls’. We writers may do worse than think of our texts too as their own entities, little people who have their own little personalities. As such, not all of them will take kindly to being told what to do.

If this is the case, there’s no point in forcing them. Instead, listen to your text, let it breathe. Let it speak to you, rather than trying to tell it what to do. See what it wants to do.

The writer isn’t always right, and it’s always better to have the grace to admit this.

The text, however, always knows best. Trust it.